“BORN FIGHTING”:  The Story of a Very Peculiar People

During the Middle Ages, England & Scotland were in a constant state of war.  The contending armies devastated the livelihood of people living on the Anglo-Scottish border.  When Scotland & England finally became unified under James VI, he embarked in 1609 on a systematic push of Anglo-Scottish Protestant settlers to Ireland's northern province of Ulster.  “The Plantation of Ulster” was seen as a way to relocate impoverished border families & finally bring peace to that region.

Once in N. Ireland, Calvinist sects became the majority among Protestant settlers.  Though not Catholic, these dissenting Presbyterians were non-the-less grossly disadvantaged by Penal Laws which only gave full legal rights to members of the Church of England.  The Ulster Scots were “too Scottish to be English & too English to be Irish”.  This considerable disharmony plus other contributing factors of droughts & rising rents imposed by absentee English landlords led to a mass exodus from 1700-1776 of Ulster-Scots emigrating to North America.

As late arrivals to the American colonies, Ulstermen found land in the coastal areas already owned or too expensive, so they left for the hill country where dirt was cheap. Here they lived a challenging life on the frontiers of America, but poverty & hardship were familiar to them. As former loyalists to King William III, they were nick named “Billy Boys” which morphed into “Hillbilly” & applied to their descendants in the mountains, carrying connotations of poverty, backwardness & violence.  These migrants followed the Great Wagon Road from Lancaster, through Gettysburg, and down to Big Lick (now Roanoke), VA.  Here the pathway split, with the Wilderness Road taking settlers west into TN & KY, while the main road continued south into the Carolinas.

Upon arrival in America, the Scotch-Irish at first referred to themselves simply as "Irish".  Not until a century later, following the surge in Irish immigration after the Great Irish Famine of the 1840s, did the descendants of the earlier arrivals begin to commonly call themselves “Scotch-Irish” (to be distinguished from the newer & largely destitute Catholic immigrants).  These two groups had little interaction in America, as the Scotch-Irish were settled years earlier primarily in the Appalachian region, while the new wave of Irish settled in northern port cities such as Boston & New York.

The Scotch-Irish were ardent supporters of American Independence.  In PA, VA, & most of the Carolinas, support for the revolution was "practically unanimous."  One Hessian officer said, "Call this war by whatever name you may, only call it not an American rebellion; it is nothing more or less than a Scotch-Irish Presbyterian rebellion."  A British major general testified to the House of Commons that "half the rebel Continental Army are from Ireland".  Mecklenburg County, NC (with its large Scotch-Irish population) was to make the first declaration for independence from Britain in 1775.  The Scotch-Irish "Overmountain Men" of VA & NC formed a militia which won the Battle of Kings Mountain in 1780, resulting in the British abandonment of a southern campaign.  For some historians, this marked the turning point of the American Revolution.

In his book Born Fighting: How the Scots-Irish Shaped America, author Jim Webb maintains that Scots-Irish attitudes formed the bedrock of American society.  Their character traits such as loyalty to kin, extreme mistrust of governmental authority, & a propensity to bear arms, shaped the American identity.  These attributes have certainly left their imprint on the eastern Carolinas & Upland South.

So if you “ain’t from around here”, this is why Upstate SC natives are the way we are......for better or worse, we were born fighting.Type your paragraph here.

What our customers are saying... 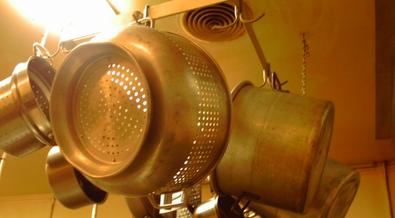 The food was fantastic, service was great and even the chef came by to chat. Loved the rustic charm of the place! - Anita Winters

Wonderful atmosphere. The owner John is too notch as well as his whole staff! - Brendon Dickey